Ennis Track had six athletes competing on day 2 of the GloHealth Juvenile Track & Field Championships in Tullamore. Sean Collins wins the U18 boys 3ooom steeplechase in a time of 9:53.65.  Well done to Sean and his coach Pat Hogan. In the Boys U15 100m Tony Odubote also finished first in a time of  11.54. Unfortunately, Tony missed out on the chance of a second medal when the finals of the 80m hurdles saw four athletes disqualified for false starts.[spacer] 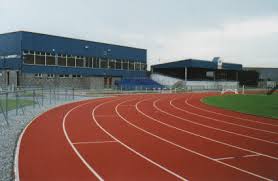 Semirat Saidi won silver in the U18 Ladies triple jump with a leap of 10.24m. Gabriel Kehinde was 6th in the second of two heats in the Boys U14 80m sprint, while Abimbola Sobayo placed 4th in the second heat of her U17 100m. Finally, Ailbhe Doherty narrowly missed out (by one-hundreth of a second) on qualifying for the final of her U12 60m sprint.