Skip to content
The year is off to a flying start for Ennis Track. At the Munster Senior & Masters Indoor Championships, which took place on Sunday 15th January at the Nenagh indoor athletics stadium, Ennis Track athletes brought home a huge medal haul with the following notable performances:
The Clare AAI Sports Stars 2016 were held in the Auburn Lodge Hotel in Ennis at the weekend. Many Ennis Track athletes earned the recognition of the county for their athletic prowess in 2016. The list of Ennis Tack winners is as follows: 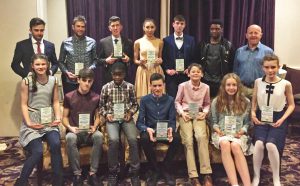