The great Marcus O’Sullivan on a recent visit to Ennis Track Athletic Club, where he met with Head Coach Pat Hogan and spoke to our middle-distance athletes training in Flannan’s. 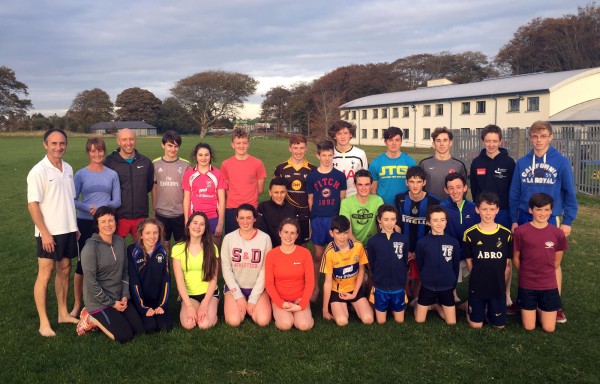 Marcus is one of Ireland’s most famous middle-distance runners. He competed at four Olympic Games for Ireland: 1984, 1988, 1992, and 1996, at both 800m and 1500m. He also won 3 gold medals at the World Indoor Championships over 1500m. His real speciality was the mile, for which his personal best of 3:50.94 was set indoors in 1988. O’Sullivan, along with fellow Irish runners Ray Flynn, Eamonn Coghlan and Frank O’Mara established the still-standing world record in the 4 x 1 mile relay, when they combined in Dublin on August 17, 1985 to run 15:49.08. He is now Head Coach of Cross Country and Track & Field at Villanova University, Philadelphia, USA.