There was a great turn out for the Turkey Trot in aid of RNLI and St Vincent de Paul.

The uneven age XC Championships in Navan gave our U17 Girls Laura Healy, Roisin Cahill, Carla Griffin, Roise Nilactnain, Eva Carey the Team Gold that has was so well deserved.  Dean Casey came 4th in the U17 Boys followed by Dylan Casey 11th.  Mark Hanrahan and Conor Shanahan brought home a silver medal for the team.

The Senior Men’s  title went to Rory Chesser at the Clare Senior Cross Country with Dara Chesser 2nd! They lead the team to victory with Kevin Chesser, Conor Devane, Brian Murphy and Liam Naughton the other scoring members!! 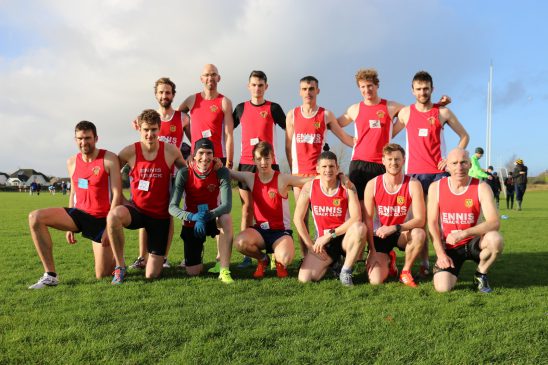 Damien Landers was called up to the Senior Irish Men’s team for the European Cross Country in Tilburg. 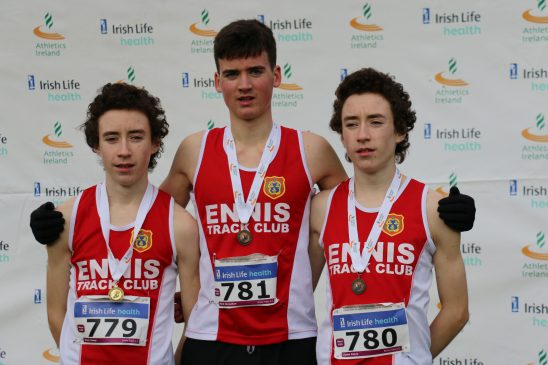 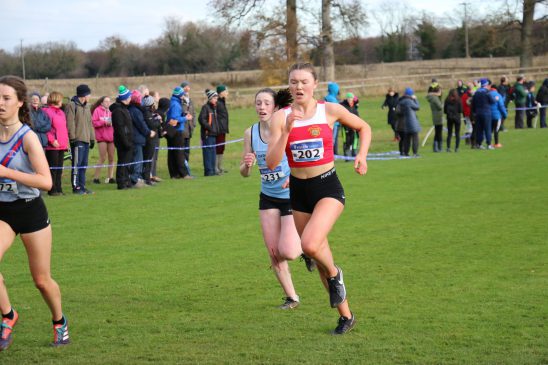 The All Ireland Cross Country Championships in Dublin was one for the club to remember – Dean Casey becoming all ireland champion in Under 16s,  Our U16 boys team winning gold,  Our U12 Boys team taking silver, Our Junior Women taking Bronze,  Damian Landers finishing 6th in an incredibly competitive Senior mens race. – Many more county and provincial medals won.

Where would we be without Deasys Centra Clarecastle  for kindly supplying lunches for our athletes running in the All Irelands.

One of our own Mary Cahill’s recent fundraising raised a total of €7833 for the RNLI and Doolin search and rescue.

Our women’s team took gold in O45 & silver in O35 with Annmarie Connellan & Marian O’Loughlin both 3rd in their Categories in the Munster Masters Cross Country championships.

Alex O’Neill claimed silver in the Girls U19. 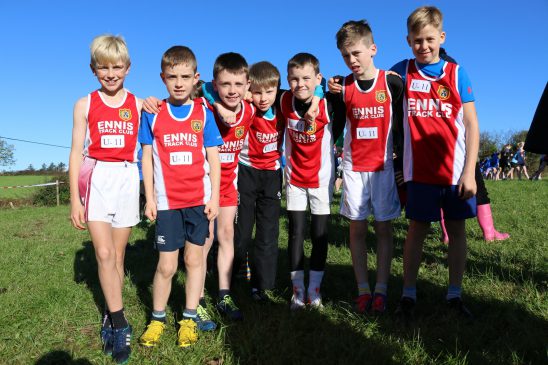 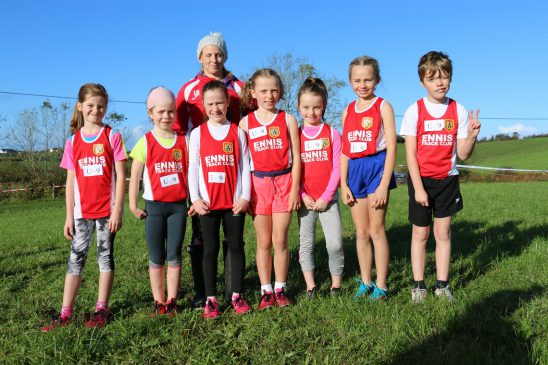 The Twilight Run was an outstanding success

Kilnaboy kicked off the cross country season and we won medals but lost the tent, a super photographer Joe Deasy captured the picture of the year. 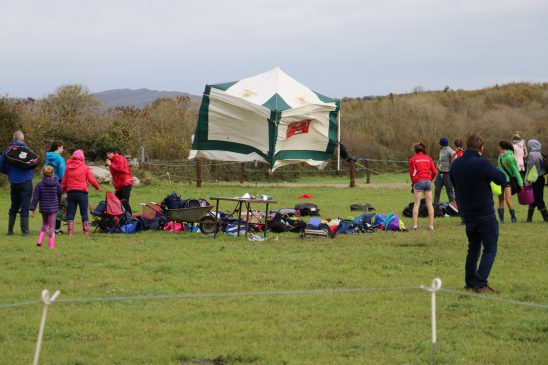 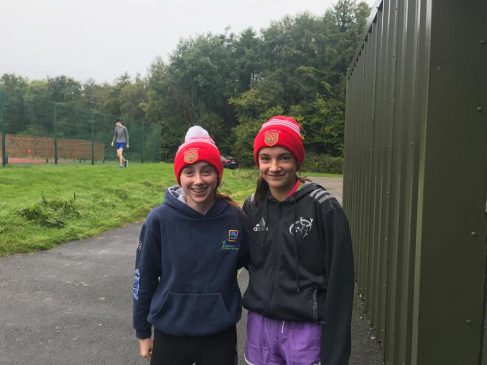 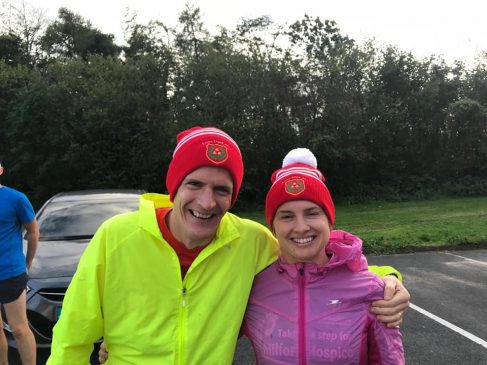 Members of Ennis Track AC  traveled to Clonmel for the Boston Scientific Half Marathon, they traveled home with a medal each and Ambrose Heagney came 1st in his category 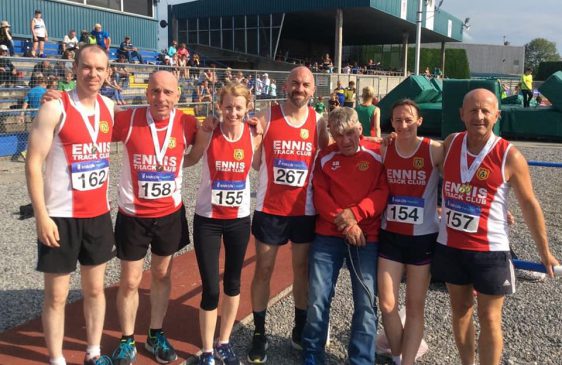 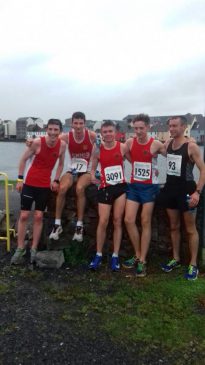 Damien Landers came 2nd in the Streets of Galway with Rory Chesser 3rd.  Ennis track also won the team event with Patrick Chesser and Donal Devane the other scoring members.   Brian Murphy and James Whelan were also in action.  Becky Coughlan was 15th in the ladies race 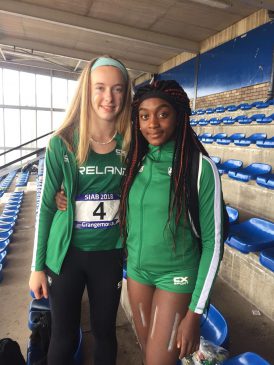 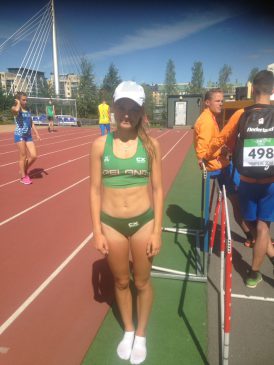 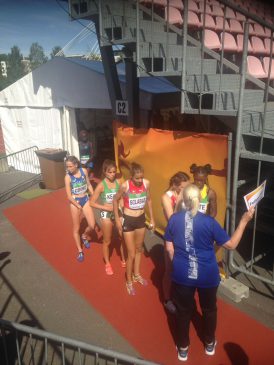 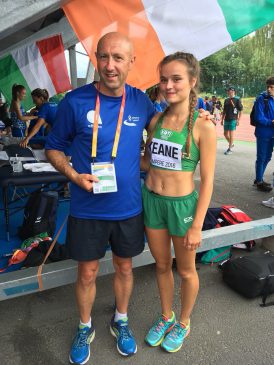 Jo Keane won the junior 800m title and after all her hard work was selected to run for Ireland at the world under 20 championships in Tampere Finland in the 800m.  She finished 7th in her heat in 2:09.59 and went through as a fastest qualifier at the IAAF World U20 championships. After great running she finished 5th in her 800m semi Final of the World Under 20 Championships in a new PB of 2.06.91 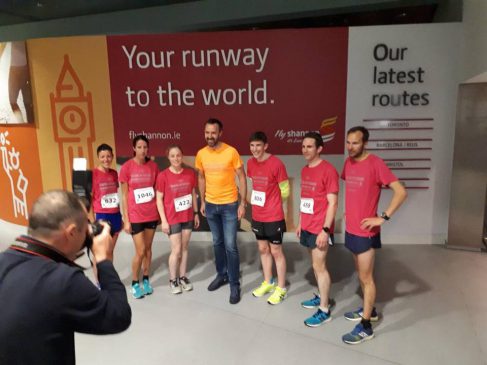